The Alignment feature is all about controlling the space between the objects or elements you include in your work. It will help your work look neater in a jiffy, without the hassle of manual estimation and guesswork.

It will allow you to:

The alignment controls can be found grouped under high-level control on the toolbar.

The individual controls can be accessed by activating the high-level control first. These controls will only be activated  when at least 3 objects are selected, such that there are at least two intervening spaces.

Grouped objects are considered  one object.

This alignment control distributes the horizontal (between right and left edges) space between the selected objects evenly as shown below. 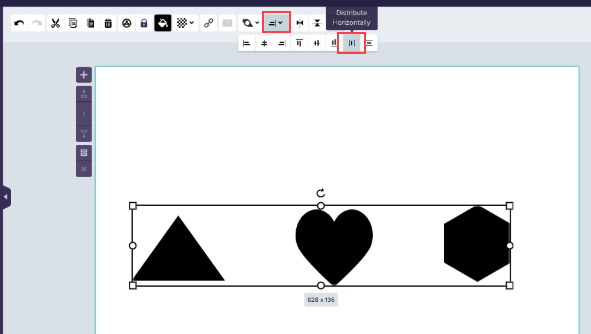 This alignment control distributes the vertical (between the bottom and top edges) space between the selected objects evenly as shown below. 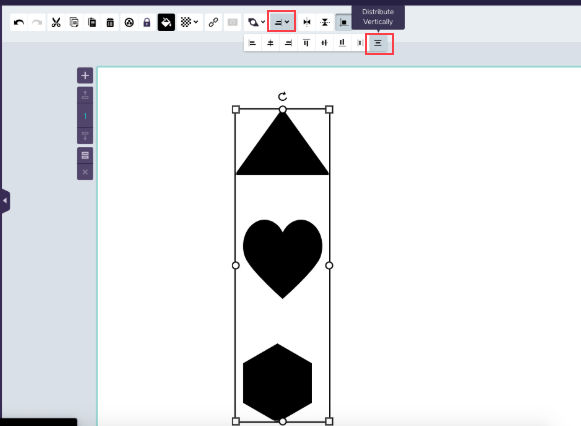 If a locked object(s) is selected as part of other unlocked objects to apply the alignment controls, then the locked objects do not participate in intervening space calculation or the movement to distribute objects.

Did this answer your question? Thanks for the feedback There was a problem submitting your feedback. Please try again later.
Last updated on July 23, 2021